Yuhu Group Australia is delighted to confirm a major milestone for The Miller project in the heart of North Sydney with the residential tower ‘topping out’ at its maximum 21-storey construction height.

Under major construction partner Richard Crookes Constructions (RCC), one of Australia’s largest private construction firms, The Miller remains on target for completion in the second half of this year.

“Our emphasis on design excellence and build quality has certainly resonated with buyers. The Miller offers incredible access to the thriving North Sydney shopping precinct as well as a range of outstanding schools. It is also in proximity to the waterfront and Sydney CBD just two kilometres away,” he said.

The Miller, designed by internationally-renowned architects PTW, comprises 169 private residences, with only a very limited number remaining for sale, as well as 100 serviced apartments that will be retained by Yuhu Group and managed by industry leader Quest. The project offers stunning panoramic views of Sydney Harbour and a range of services inspired by the best of Manhattan-style apartment living.

Gregg Armstrong, Project Director of RCC said the collaborative partnership formed with Yuhu, Savills and the subcontractors, suppliers and consultants has driven a “one team” approach to delivery. “This collective effort is making the project an enjoyable journey for everyone as we work towards delivering quality homes for future residents.”

Project manager Savills has worked closely with Yuhu, RCC and the design team including PTW, NDY, TTW, Oculus and Aurecon to achieve the topping out milestone.

PTW executive director Simon Parsons said The Miller with its rich diversity of uses and focus on high-quality design reflects the reinvigoration of the area. “We are thrilled to be involved in this project and to have had the opportunity to take a design competition-winning scheme through to completion. The animated and colorful architectural expression of the building complements the vibrancy of the street below,” he said. 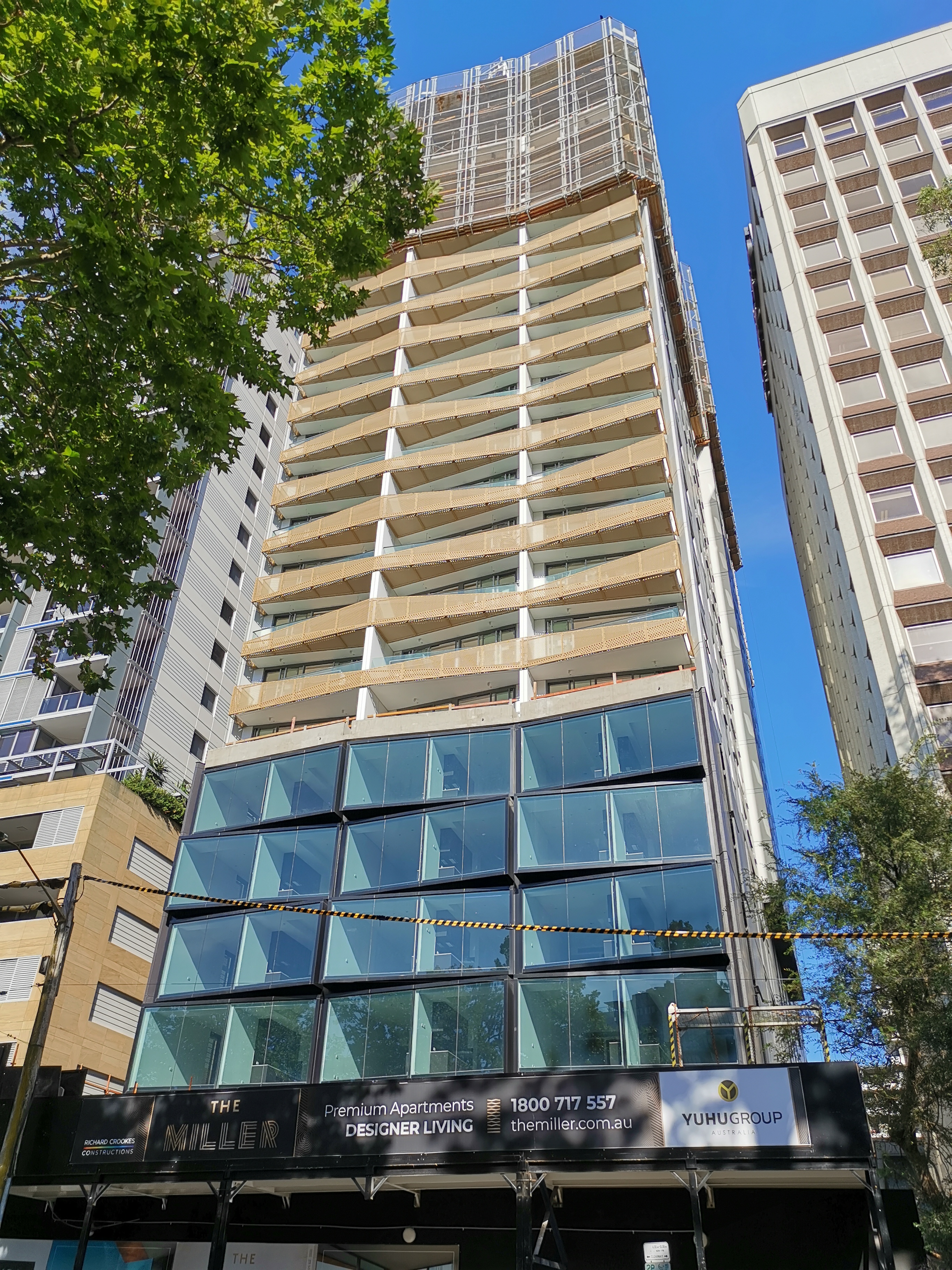