Projects like The Jewel are being supported by the planned development of major infrastructure on the Gold Coast such as the third stage of the light rail project from Broadbeach to Burleigh Heads, the second stage of Gold Coast Airport master plan as well as major road upgrades.

A new report by Urbis found that transportation, followed by tourism projects, including hotels, motels and theme parks were attracting the most investment.

The Jewel will feature three stunning towers and will include exclusive residences as well as a luxury five-star hotel.

Ray White Surfers Paradise said there was strong demand on the Gold Coast for new housing thanks to strong population growth and a shortfall of new homes and apartments over the past decade.

Projects like The Jewel will help meet demand for high quality living as well as support the Gold Coast’s tourism sector which is an important part of the local economy. 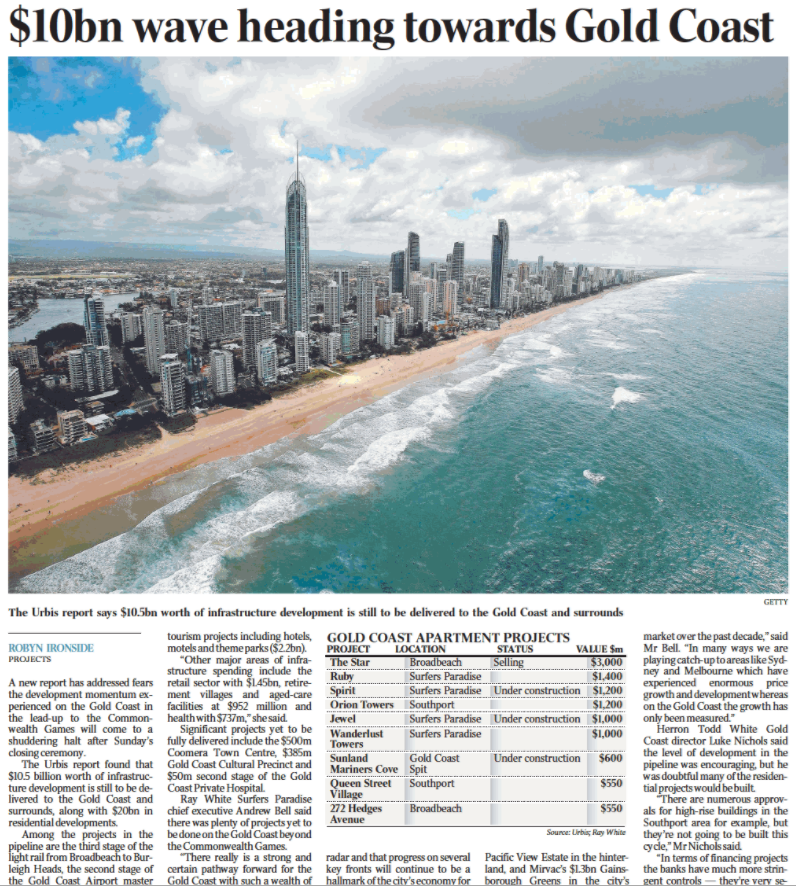