The Australian Financial Review has reported that the five-star luxury hotels that will anchor the Jewel project on the Gold Coast and One Circular Quay in Sydney, will capitalise on the strong tourism growth in both locations.

The projects have been acquired by Yuhu Group Australia’s associate company – AWH Investment Group – that is led by Jimmy Huang , the son of Yuhu chairman Xiangmo Huang.

“These are outstanding development sites and there is a lot of anticipation about what we can deliver to realise their potential,” Jimmy Huang said.

“They will be world-class in every respect and help support the continued growth of Australia’s international tourism industry.”

Jimmy Huang, a finance graduate from University of Technology Sydney and martial arts enthusiast, is reassessing the retail and commercial lay-outs and leasing program’s of the projects with the guidance of his father and Yuhu Group CEO Nick Tobin.

Yuhu Group has confirmed that both projects were on schedule with the Jewel targeted for completion by mid-2019, while demolition works at the One Circular Quay development site are complete.

“These are investments for the future, so our vision can be summed up as ‘built to last’ rather than ‘built to sell’.” Xiangmo Huang said. 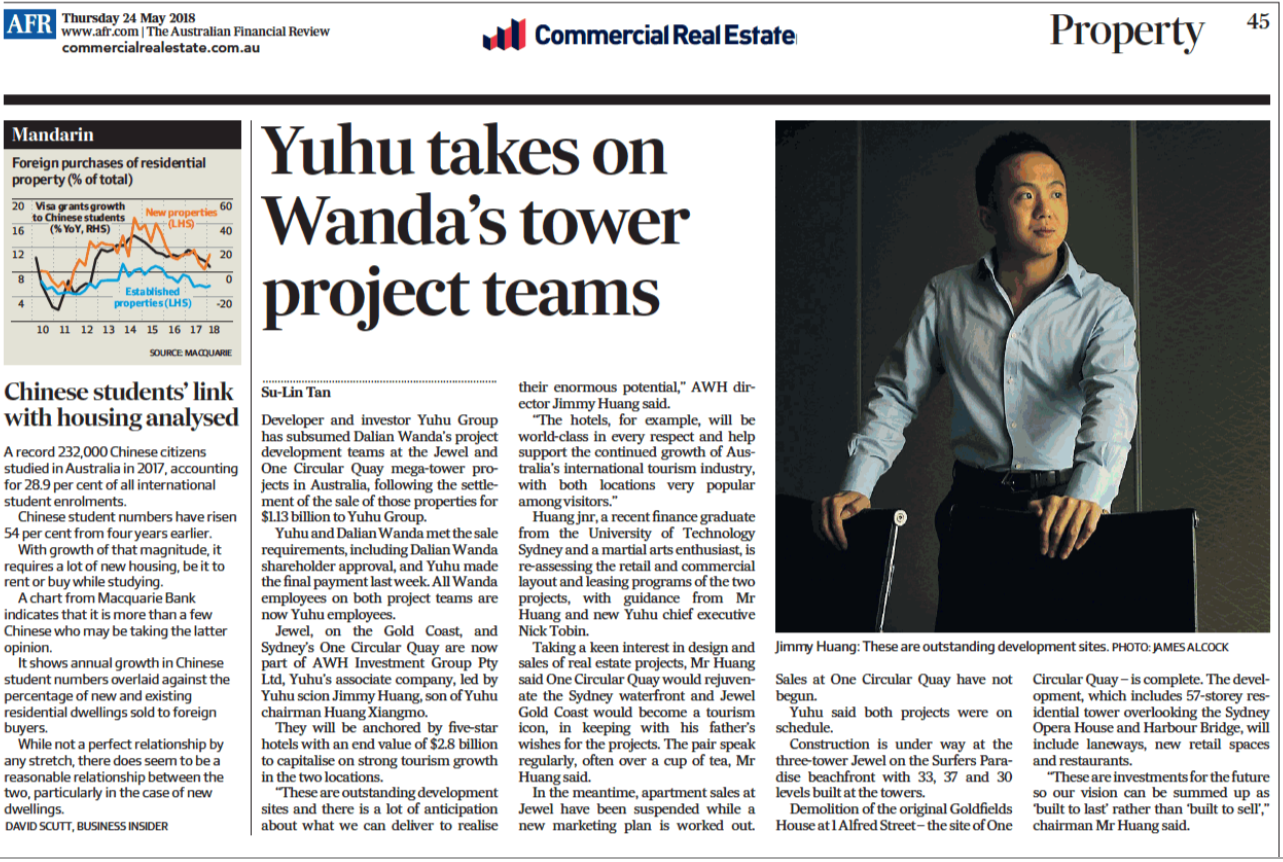